5 Most Common Reasons Your PC is Slow 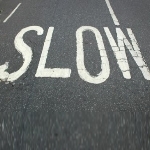 by Mitz Pantic from Tips4pc.com

5 Most Common Reasons Your PC is Slow

If your computer is slowing down of late, maybe while you are booting your PC or running an application, be aware that you are not the only one suffering this problem. Many people have a similar experiences and deal with it one way or the other. We have previously written many articles on this particular subject as it is such a wide and varied area.

There could be numerous reasons behind this happening, and I am highlighting some of the most common ones so that you can try to figure out which is the likely cause for your computer running slow.

Number one reason is definitely the presence of a virus or a malware program. Just like a human when attacked by a virus, the human would get flu or fever and that person’s strength and efficiency will be reduced significantly, same thing happens when a PC is also attacked by a virus. A virus will try to control your PC from its own point of view depending on what it is up to. Therefore your computer’s run time resources like temporary memory, processor, and the operating system including the kernel all become victims of this virus attack, and cannot perform the way they should. These resources then perform at a significantly low efficiency, creating a bottleneck which means, there are so many people standing in the queue but only a few counters are open to let them go in and watch the game show.

So many times it happens, we have an antivirus program running on the PC but even then there is a virus inside, and causing havoc, because there is not a single antivirus in the market that can detect each and every one of these viruses out there. The very simple logic behind this is, viruses came first and then came the solution to remove it. Yes, it is true that since all these viruses use already known ways to attack a PC and harm it, most of the antivirus programs are now equipped to be able to at least detect a computer code (program) acting as a virus, but there is no guarantee that this will be the case. There still could be new and innovative ways left to attack a PC that the antivirus makers not yet aware of, and to write a solution for it. Therefore, from a users’ point of view, it doesn’t look really groovy! The best you can do is keep your antivirus up to date, and manually scan the PC including the root kit from time to time, specifically when you feel something weird going inside the PC.

Your computer’s temporary memory or the Random Access Memory (RAM) is one of the most important elements to provide speed to run your PC faster. There could be multiple RAM chips that constitute the total RAM of your PC. Often one of these chips could get damaged and when that happens, your PC will slow down. It is also a possibility that during some other repair work done on the PC, the technician who worked on it took out the RAM chips for diagnosis, and when he put them back on, one or two was not inserted properly, all the way through into the slot. This could mean you are running low on memory, thus ultimately slowing down the PC. The fix for the memory problem is to replace the faulty chip with a new one or put more memory in it.

This excerpt appears with permission from Tips4PC.com. 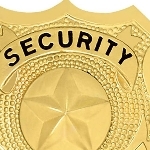 Test your knowledge of the best pc security practices. 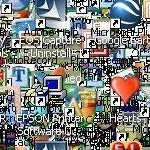 Simple Trick for Organizing Your Desktop

One simple trick to clean up your desktop and keep your most used programs close at hand. 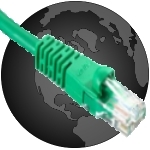