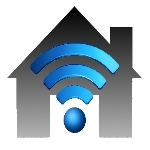 Protect Your Wireless Network and Keep It Working

Several years ago, I was the host of the Cajun Clickers Computer Club’s weekly radio show on WJBO in Baton Rouge. We ran a call-in “ask the experts” show about computers on Saturday mornings.

One of the calls was from a lady who had multiple wireless computers. Originally, they all would connect successfully to her router. Now, some of those in a different part of the house wouldn’t connect any more.

After some question and answer, it all broke down to wireless security. You see, she had never set up any security! She was just using the wireless router straight out of the box.

Without the security setup, her neighbors’ wireless routers were interfering with hers.

One of the most important things you can do for your wireless system is to make it secure. You configure both the router and the computer that’s going to connect wirelessly to the router.

Ask Leo: Should You Disable the Broadcast of Your Wireless SSID ?

Windows Talk: 6 Tips to Speed Up Your Home Wireless Network