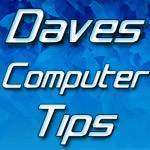 I’m not suggesting you stop drinking coffee – I would never deprive anyone of that life giving nectar! Heck, It’s a known fact that 95% of the tech world runs on Coffee (the other 5% substitutes alternate caffeinated beverages).

What I am suggesting is that you delete, remove, and abandon Java on your computer!

Why? Well, Java isn’t needed on most computers – the odds that a user in a home environment will require Java are slim – but the Java Runtime Environment (JRE) somehow finds its’ way onto a majority of home computers. That’s not necessarily bad, but Java is “known” for a couple of traits: Poor housekeeping and security vulnerabilities.

Before I go on let me clear up some misconceptions about what Java is and is not.

Java is a programming language originally developed by James Gosling at Sun Microsystems (now part of Oracle Corporation) and released in 1995 as a core component of Sun Microsystems’ Java platform. The language derives much of its syntax from C and C++ but has a simpler object model and fewer low-level facilities. Java applications are typically compiled to bytecode (class file) that can run on any Java Virtual Machine (JVM) regardless of computer architecture. Java is a general-purpose, concurrent, class-based, object-oriented language that is specifically designed to have as few implementation dependencies as possible. It is intended to let application developers “write once, run anywhere.” Java is currently one of the most popular programming languages in use, particularly for client-server web applications.

This excerpt is shared with permission from davescomputertips.com.

7 thoughts on “Dave’s Computer Tips: You should junk your Java!”