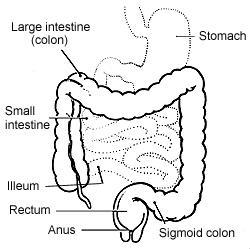 From bloatware to craplets seems like a logical progression for unwanted waste. Are computer manufacturers finally taking this logical approach to removing the crap-lets they’ve been dumping on us?

Yesterday I was setting up a new laptop for a friend. I wanted to get it out of the box and make sure there were no problems accessing the Internet. After testing and timing the laptops used for our last look at bloatware, I was worried that my friend would end up with a mess. Surprisingly the first boot went smoother than I expected. There was no flood of pop-ups or junk. Humph! Maybe things are getting better. That was a whole lot easier than what I encountered a year ago.

In June of 2007 Rob Cheng produced a video outlining the nuisance bloatware installed on 8 brand new laptops. You can reference that video from this link. There were several measures used for that ranking, including number of craplets, wasted hard drive space, and time needed to access the Internet. The average “first boot time” was somewhere around 50 minutes and the pop-ups were crippling.

Had this situation improved since my last exposure? To find out I went back and tested laptops from the same 8 companies. My intent was to measure craplets and bloatware not hardware performance, so I chose a cross-section of laptops ranging in price from $499.99 to $899.99. All were dual core processors but some were Intel and some were AMD. Installed memory ranged from 768MB to 3000MB. Processor size ran from 1.6GHz to 2.0 GHz. I should note here that in all cases Vista makes finding and securing a wireless Internet connection a snap. After achieving a calm and clear desktop, getting on line took only seconds.

Take a look at these surprising results.

Just as I expected the boot times had decreased significantly. Instead of the 50-minute average we saw in June, the average is now 14 minutes. That is a huge reduction. Gone is the bombardment of pop-ups assaulting new owners. Unfortunately what you see is not what you get. The actual number of craplets and the amount of wasted space has increased significantly.

The only company that isn’t bombarding us with junk is Apple. Their laptop remains unchanged since our study 10 months ago. Six months ago the worst offender in number of craplets installed had been Gateway. Today their total number is exactly the same. The worst offender however, now has three times that number of craplets. Leave it to Sony to capture the lead in this race.

Sony is now clearly the King of Crap. Their included media applications and DRM software clogs the Add/Remove programs list and startup menu like flood debris. Between craplets and restore partitions you are giving up 20 gigs of space on your hard drive. This is just not acceptable. I don’t want to get bogged down in the minutia here so you can read the disheartening results. Rather than each offensive detail I’m going to point out the overall trends.

1. First and foremost crapware is increasing. The average number of extra programs, junk, and trialware has increased to 38 items with Sony taking the lead at a whopping 61 items.

2. Wasted hard drive space is averaging 15 gigs. It’s notable that Dell and Toshiba are including an Operating System install disk with your purchase. All others are relying on a restore partition on the drive you paid for. With hard drive size increasing, I expect this to average over 20 gigs in another 6 months. Shameful!

3. Toshiba is the only manufacturer that does not waste your hard drive with a restore partition. They include a factory restore installation disk with your purchase.

4. Toshiba is also the only manufacturer to include both Norton and McAfee on your laptop. This is clearly a new crown of excellence in bloatware. Just 10 months ago Rob noted that fortunately no one had included two AV programs. It didn’t take long for someone to take this dubious honor.

5. WildTangent, Norton/Symantec, Yahoo Toolbar, Google Toolbar, Microsoft Office, continue to dominate the top positions in the world of crapware. QuickBooks is a new guy on the scene and Napster is still around.

So what made me think things were better? Well, one thing we noted in our last comparison was that Gateway had spaced out how their crapware was presented. Their craplets didn’t hit you in the face like mortar rounds during the first boot. Having heard our cries for relief from this bombardment, what did Sony, Dell, and the others do? They followed Gateways lead of course. Why would I ever expect them to do the obvious and remove the offensive crap? That would give the consumer the new crap-free machine they paid for. That would mean the end of paying over $100.00 to repair shops and geek troops to remove what the factories were just paid to install. How have we become so zombie-like that we are willing to pay a repair charge for a machine we haven’t even used? Loading our computers up with crap, popups, and spyware is supposed to be the job of the unsavvy user, not the factory making the tool. This is exactly like buying a saw from the local hardware store only to find that the factory has intentionally dulled it. Oh, your brand new saw doesn’t cut? That’s OK we’ll sharpen it for you for only $175.00.

Are you kidding me? Give us the clean new machine we paid for and give it to us now!

27 thoughts on “From Bloat To Craplet”