PC Pitstop has no ad agency. Here’s why…

The History of PC Pitstop’s Decision

On a frigid and snowy day in North Sioux City, South Dakota, I began my career at Gateway 2000 as its first director of marketing. I brushed off the snow, removed my jacket and entered the office of Ted Waitt, Gateway’s pony-tailed founder, CEO, and my new boss. “Robby, come here and check out our new ad for PC Magazine”, Ted motioned. He proceeded to explain every detail of the layout, colors, copy, and photos, and how they told a complex story of a unique computer company from South Dakota. On that blustery day, I observed the sheer velocity of how ideas moved from Ted Waitt’s brain straight to millions of computer enthusiasts in the space of a week. I was watching a thing of business beauty.

I learned my lessons. Sweat the details. People wonder where I get it from. Get your message to market as fast as possible. 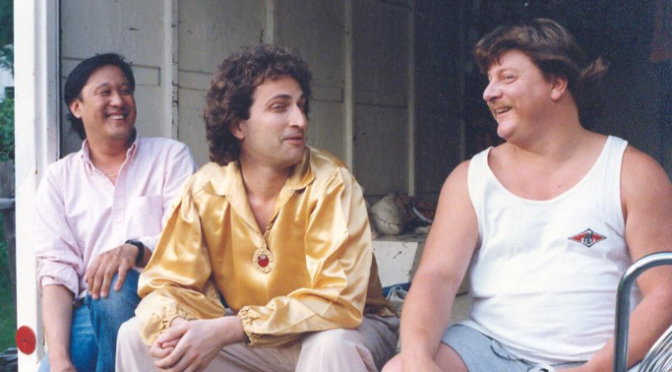 I worked on many of Gateway’s great ads including the well-received Robin Hood ad, which combined the launch of industry leading product configurations, a down-to-earth revolutionary ad production, and a massive media buy.

Perhaps due to our South Dakota location, Gateway was a do-it-yourself type of company. We wrote the conceived the ads. We produced the ads. Our employees were the talent in the ads. We bought the media.

Underneath the advertising was that Gateway can-do spirit. We can accomplish anything. And a computer brand was born.

Five years later, to add fuel to the rocket ship, we made the jump to TV advertising, the first computer company to do so. A national audience awaited.

It was a risky move for sure and like always we sweated the details. South Dakota was the first image in the ad campaigns. Our employees including our VP of production became the stars of the TV ad. The ads were the opposite of slick, and they worked. We put South Dakota on the map.

In January 1998, a massive reorganization hit Gateway like a computer virus. I had a new boss, and he brought in an ad agency, in fact, one of the largest in the world, McCann Erickson.

Weeks and weeks of meetings ensued where we tried the best we could to transfer the information in our heads to those of McCann. A month later, McCann executives returned to South Dakota to deliver their prognosis. After about an hour of marketing-speak and Powerpoint slides, the verdict was pronounced, “You need to change your tagline.”

Long before my arrival at Gateway, Ted Waitt and Mike Hammond founded the company with a simple notion, “You Got a Friend in the Business.” Like everything else about the company it was simple and direct. After all, friends don’t gouge friends on price. Friends don’t ignore friends when they have problems. At the end, you trust your friends. For us, it wasn’t marketing speak, it’s how we ran the business.

I was not alone in objecting to putting our tagline on the chopping block. We debated for another hour, and the McCann execs deflected, “If you need a friend, get a dog.”

Gateway’s brand was a reflection of who we were. Critics called it hokey, but it was genuine and sincere. McCann attempted to create a brand based on their perceptions of what the market wanted, independent of the company and its roots.

Why PC Pitstop Doesn’t Use an Ad Agency

With the memories of Gateway still fresh in my mind, PC Pitstop endeavors to create a new brand based on who we are and what we plan to achieve. Our ads are not slick, nor will they ever be. We write our own scripts. We produce our own ads.  Our employees are in the ads.  We buy our own media.

Like Gateway, PC Pitstop is a company full of remarkably talented people, and one way we express that is our televsion ads. The other way is through our products. We are building an incredible team of software developers with the skills and responsiblity to improve our products and the customer experience almost as quickly as we pump out new advertisements.

If you don’t like one of our TV ads, just wait. For sure, there is another one in the pipe and maybe you will like that one more. For those of you that want PC Pitstop to get an ad agency, that’s not going to happen.  Now you know why.