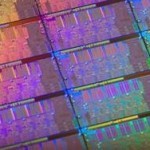 On Monday, January 31, 2011, Intel announced that they had discovered a design flaw in the recently released support chips for their Core i5 and Core i7 processors.

To be clear, the chips involved are not the main processors but rather support chips based on the Intel “Sandy Bridge” technology which just debuted in January. 8 million of these faulty chipsets have been shipped to motherboard makers and Intel expects to have the replacements ready for these boards by the end of February.

Because the issue affects only SATA access ports 2 – 5, all early adopters of Intel Sandy Bridge, P67/H67 motherboards with Intel 6 Series chipsets are recommended to connect hard drives and DVD drives to SATA access port 0 and 1.

“In some cases, the Serial-ATA (SATA) ports within the chipsets may degrade over time, potentially impacting the performance or functionality of SATA-linked devices such as hard disk drives and DVD-drives.”

This is strictly a hardware problem so Intel is manufacturing a new version of the support chip to resolve the issue. Information reported suggests that only about 5% of those purchasing these boards will see a failure in the next 3 years. That may be a low overall percentage but it’s high enough for Intel to take corrective action immediately.

For those who have already purchased defective product, the fix requires new hardware.

There are no instructions from Intel on how the recall will be handled.

You can contact Intel via theirsupport page or contact the manufacturer of your hardware directly. If you are one of the unlucky ones, you can expect to see an increase in bit error rates for data transfers and although your system will retry, the controller will spend more time retrying than actually sending data.

The next step is complete failure. Your system may no longer find the hard drive at post and the drive letter will disappear. This will result in a NO BOOT/Drive cannot be found message.

The real disappointment is that Cougar Point and SandyBridge would have given Intel 6GB SATA performance. Until the replacements are released, users are relegated to using the slower connections.

Intel estimates the cost will be $700M for the actually recall, and another $300M in lost chipset sales. That’s a billion dollars of expected losses.