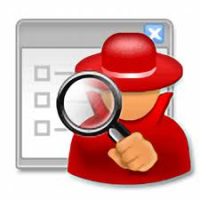 Over 10 years ago, a new strain of malware was born and christened Spyware. Through large security holes in XP and Internet Explorer, the pay load entered without user knowledge or consent and the drive by download had come to age. None of the popular security products of the day detected nor remediated the new Spyware threat.

Computers were now deluged with pop up ads making many systems unusable and frequently painfully slow. In early 2003, PC Pitstop’s free online diagnostic began to detect the presence of spyware, and offered a variety of spyware solution including Pest Patrol and Spyware Doctor. Perhaps the largest spyware company of the time was called Gator. Once Gator learned that PC Pitstop detected their product, Gator, drunk with ill gotten advertising cash, sued PC Pitstop and our partner, CompUSA. The lawsuit stated that Gator was not Spyware but rather Adware and they were seeking damages.

At that point, PC Pitstop lost our partnership with CompUSA, and chose to settle with Gator and agreed to stop calling them Spyware.

In August 2004, Microsoft released XP Service Pack 2 which closed many of the security holes in XP and Internet Explorer and eliminated the drive by download. Microsoft’s move reversed Gator’s fortunes, and in 2008, Gator closed their doors for good. Was Gator spyware? Of course there were.

Today in 2013, the term spyware is rarely heard, but adware is alive and well. There are no more drive by downloads. Adware now enters through security holes in Java and Flash player. Perhaps more frequently, adware enters by bundling its payload with the installers of other software applications. Then they pay the publisher for each install giving the publishers an incentive to deceive users to erroneously install adware.

Gone are the pop up ads, but adware’s motivations are still the same, to monetize our computers and our eyeballs. A good example is a new adware called Conduit that often calls itself Trustworthy Computing. Once Conduit hits pay dirt, it places an unwanted toolbar, and hijacks all your searches in IE, Firefox and Chrome. Worse yet, once it is on the target system, it is extremely difficult to completely remove.

Just like in 2003, almost none of the major security vendors block and detect adware. PC Matic and a handful of smaller security products block the extremely annoying online pest called adware.

9 thoughts on “The History of Adware”