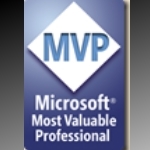 Microsoft MVP’s Helping Each Other

I’ve had the honor for 6 years of being a member of a worldwide group sharing an award from Microsoft called “Most Valuable Professional”. MVP’s are described as “exceptional, independent community leaders who share their passion, technical expertise, and real-world knowledge of Microsoft products with others”. This sharing is typically done with other Microsoft customers but recently I needed expertise with a popular Microsoft product. I had the pleasure of experiencing an MVP at their best providing critical assistance for one of my community roles.

This is also my 6th year on the board of a local non-profit called the “Scotia-Glenville Children’s Museum”. We’re also known as the Traveling Museum since, instead of visitors coming to us, our teachers travel to schools and other events in the region providing hands-on programs that are fun and educational.
This year the museum celebrates its 25th anniversary. I discovered our computer system worked like it was the same one they started with 25 years ago.

The organization recently invested in new computers and now runs quickly and securely on Windows 8. Unfortunately, problems were exposed in class scheduling which depended on an older version of a fantastic program called CRM. We had just completed an exhausting search for an Executive Director and a broken computer system wasn’t the best way to welcome her. Even though our two full-time staff members were ready to work hard manually emailing individual schedules to dozens of teachers every day wasn’t an option.

1 thought on “Microsoft MVP’s Helping Each Other”