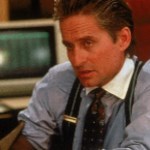 I’ve read a lot of predictions about the death of the PC. Most of the articles assume the blame is due to the surge inthe use of tablets and powerful smart phones. If you’re seeing the same updates that I do you’ll agree the real death may be due to user apathy and greed.

In the early 80’s I remember a similar situation in a growing game market. Despite innovations in hardware a flood of poorly written, badly designed game cartridges killed the growth of gaming and home based consoles.

Last October I wrote about “The Dangers of Downloading Free Software”. The previous year I focused on “Dangerous Downloads on Legitimate Websites & Search Engines”

The New Business Plan, Installing Unwanted Software
A number of my posts have been warnings about unwanted software like toolbars. I have discussed the potential revenue I gave up in “Would you like Toolbar with your Software Order?” (Jan 2008) and “No, I Don’t Want Your #^$% Toolbar” (March 2009)

Recently, I actually begged people to remove a Java security risk and pointed out how Oracle was trying to install the Ask.com Toolbar on each update of their flawed software. I had forgotten that even before Sun was purchased by Oracle they were pushing the MSN Toolbar and I included screen shots in my post “Sun Java Promoting Microsoft Toolbar” (April 2009)

Most friends followed my advice about current threats from Java but this week I am alerting friends that Adobe is updating their popular Flash program. I’m starting to sound like chicken little.

What Killed the Netbook?