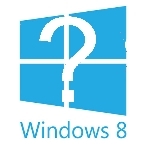 During recent travels around the western U.S., I asked many computer salespeople about Windows 8 — and was truly shocked at inaccurate information provided about the new OS.

Few knew the key differences between versions, and almost all offered “advice” that was way off the mark.

On October 26, Microsoft will release two distinctly different versions of its latest OS — Windows 8 and Windows RT. Do you know the difference? Try tackling these seemingly simple, real-world questions. I’ll provide the correct answers (they might surprise you) to these questions and others further below. They should help you make the right Windows choice — especially if you’re interested in a new Windows-based tablet.

Back in August, I wrote a Top Story that delved into the ways Windows 8 differed from Windows RT. Here’s how I summarized those differences:

“Windows RT is the version of Windows 8 that doesn’t run Windows programs.”

That’s really the heart of the matter — and it’s the source of ongoing confusion for consumers, sales clerks, and others who really should know what you can — and can’t — do with the two OSes.

In a July column, “Win8 + Windows RT + WinRT = mass confusion,” I chided Microsoft for its extraordinarily poor choice of terminology. I urged the Redmondians to get the confusion sorted out so consumers can make an easily understood, informed decision about Win8 and Windows RT — on both traditional PCs and tablets. But as best I can tell, Microsoft has done virtually nothing to make the distinctions clear.

Soon, you’ll be able to buy two fundamentally different kinds of computers that share the Windows name. And unlike the iPad, hardware won’t define the version of OS installed. Desktop computers, laptops, tablets, and slates will all run Windows 8. It’s unlikely you’ll ever see Windows RT on a desktop, but it will be found on various ultralight laptops, tablets, and other mobile devices.

Unfortunately, with the two OSes sharing a similar name and appearance, many Windows 8 buyers might make a costly mistake — they’ll have purchased a Windows RT–based device that’s not up to their needs. Windows RT does look and run like Windows 8, but it does not run traditional Windows apps.

Rest of the Story Here…