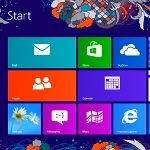 6 Compelling Reasons To Upgrade To Windows 8

Windows 8 was recently released and many friends and relatives have been asking whether Windows 8 is for them. My first response to the release of any new technology (hardware or software) is yes–upgrade immediately. But I am an early adopter, and I simply cannot expect my lunacy to be good advice for anyone else. The truth is, Windows 8 is a major change in an Operating System we have all become comfortable with over the years. The last such drastic change of the OS was the evolution from Windows 3.1 to Windows 95.

So is Windows 8 for you?

You should upgrade to Windows 8 if:

1. You’re still running Windows XP. It’s time to drop the security blanket. Windows XP has about reached the end of its lifespan.

3. Windows Store. If you like the way Apple and Android devices have App stores, then you’ll like this feature in Windows 8.

4. Integrated Anti-virus. Windows Defender has been improved and will now act as more than just an anti-spyware utility.

5. Windows To Go. Transfer your settings to a USB stick and install them quickly on another machine running Windows 8.

How to Upgrade to Windows 8 Pro

14 thoughts on “6 Compelling Reasons To Upgrade To Windows 8”