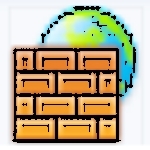 Around 3 or 4 months ago, following its initial release, a new security freeware called TinyWall created quite a flurry of interest. I was just one of many who were drawn by TinyWall’s concept of delivering simple yet effective firewall controls. However, after installing and testing the debut version it soon became apparent that, while the basic premise was intact, the initial hype was probably a tad premature – the software was still a little raw and immature.

At that time I contacted the developer, Karoly Pados, and he openly admitted that TinyWall was somewhat underdone, in fact he was surprised that so many download sites had actually listed his freeware and by the intensity of interest in general. Karoly asked me to hold off on a review until such times as he released an updated version. Well my friends, after months of refinement and improvements, TinyWall 2.0 has finally arrived!! DCT readers are the very first to receive the news and it pleases me to no end to report that TinyWall 2.0 entirely lives up to expectations and delivers on all its early promise… and then some.

So, exactly what is TinyWall and why has it created such a stir?

TinyWall is not a stand-alone firewall, it’s designed to augment, harden and control the existing Windows Firewall in Vista and Windows 7. TinyWall offers an entirely different concept to traditional 3rd party firewalls – simplicity and ease of use – yet loses nothing in terms of efficacy. Karoly has explained it better than I ever could, so I quote from the TinyWall site:

This excerpt is shared with permission from davescomputertips.com.

Dave’s Computer Tips: Another tool to add to your malware toolbox