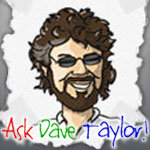 I heard from a friend that Google’s going to be shutting down Picasa because of Google Plus and I’m kind of freaking out: I have hundreds of photos on the site and no idea how to save them from vanishing when they pull the plug. Help!

Deep breath. No-one’s shutting down Picasa! In fact, your friend’s got it wrong: the rise of Google Plus has actually been the best thing that’s ever happened to Picasa because it’s what powers the photo side of G+. You can tell because all the photos you upload to Google Plus magically also end up in your Picasa account and if you poke around on Picasa, you’ll certainly find those “+1” buttons (just as you see above this paragraph. Click on it!)

Having said that, it is slightly worrying to grow to rely on a cloud data storage service like Picasa or the Yahoo competitor, Flickr, without ever considering what would happen if it ever shut down and everything was lost. Some sites let you save on a per-image basis, of course, but if you have hundreds of photos, that’s just going to be an incredibly tedious task to save them all.

Fortunately on the Picasa side there’s a team inside Google amusingly called the Data Liberation Front that’s working on ways to help us export data from various Google Services. Go team! Picasa’s already an option, so let’s look at how to make a local backup…

First step is to go to a new service called Google Takeout, which lists all the Google services that currently have a data profile feature:

This post is excerpted with permission from Dave Taylor.

Sign up for Dave’s emails about free tech support and special offers on books, seminars, workshops and more.