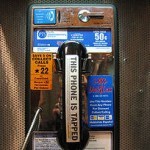 You are being monitored right now. Do you wonder how much they know? Can they see your Instant Messaging? What about your surfing habits? Do you really think no one is paying attention to where you go? Do you really think you are lost in a sea of unknown IPs. Think again my friend. What you do and where you go is important. Endless spam, computer redirects, and trash mail prove it.

Still think no one knows what you’re doing? Take a look. Have you received one of these yet? 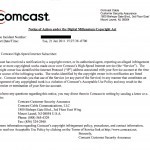 They are not hard to come by. Just spend some time downloading a movie or song that is copyright protected and you’ll get one of your very own. Click the thumbnail to the right to see the full size complete letter as it was received.

Needless to say this will get your attention. You think you are safe in your home. You think that if some sort of police were investigating you, you would know. But clearly that’s not the case. Today a single click can have consequences that last a lifetime.

“Here’s the actual text from an email I received from a good friend. He’s a responsible family man, hard worker and an all around good guy.

“By the way, are you using Bit Torrent?
We got a warning yesterday, from our cable internet company.
My wife totally freaked, as that’s the one her work pays for.
Apparently my step son was downloading movies. They even gave us the

name of the movie he downloaded in the mail.

Sure enough, when my wife looked at his computer, there it was on his

Notice that they tell him exactly when he downloaded the movie and what the name of the movie is. Notice that the people watching him knew more about what was going on in his home than he did. Creepy isn’t it.

The Internet was built for convenience, not for security. You are free to go where ever you want, Download, share, it’s all there for you. The Internet is all about sharing and believe me you are sharing more than you know. Add a comment to a forum and it’s there forever, free for the plucking. Mention to a friend that you’re going to the lake for the weekend and return to a ransacked home.

Just two months ago I wrote an article on an Aarons Rental Store tracking its customers with keystrokes, and webcams. They were actually taking pictures of people in their homes. This week national news is bombarding us with news of the closing of “News of the World” because it was caught phone hacking or phreaking, as it’s called by insiders. 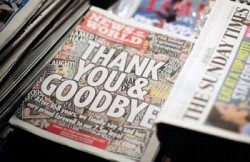 Today the surprise isn’t that these things can be done. The surprise is how much it’s being done. Am I really this interesting? No, but I am one of the billions of sardines to be harvested from the bountiful sea of the Internet.

The enticement of making money from a few clicks and the sheer numbers of computers available for plucking, have lead to an era of uncontrolled cyber peeking and crime. Cyber break ins are so new that existing laws and regulations don’t apply. Not only that, but cyber crime detection and enforcement would require a World Cyber Police force. That’s not happening. Any enforcement that is being done is coming about with an attitude similar to the criminals being policed. They are being brought down using their own tricks rather than cooperation between nations. Remember the CorefloodBotnet issue from April. That was the perfect example of “it takes a thief to catch a thief”.

Everyday the news recounts another way my privacy has been invaded and removed forever. Everyday someone in the world is finding a new way of spying on me to increase their financial gain. This is an earlier quote regarding the World New Scandal from “theInquirer”,

“ALMOST ONE THOUSAND police officers and staff have broken the UK Data Protection Act, according to research from rights watchers Big Brother Watch.
The group found out about the privacy breaches through a range of Freedom of Information requests, according to V3.co.uk, which reports that while just under 1,000 police officers and staff have illegally accessed confidential databases, just 98 have been sacked.
The revelations follow the phone hacking and police bribery scandals at the News of the World, so they come at an embarrassing time for the UK police. µ”

Want to know what bothers you more than terrorist attacks, becoming bankrupt or being physically attacked in your home? Well, it’s online privacy and becoming a victim of Internet fraud. Yet the number of people in the US using what are considered safe passwords is less than 66%. Deleting browser history, using updated antivirus software, and safe surfing provide even more alarming statistics. The truth is that no one wants to be robbed but very few of us are vigilant at locking our doors or securing our belongings. Why is that? I’m starting to think that in the context of Computer safety it’s because trying to figure out what to do is overwhelming.

For many just downloading, installing, and configuring antivirus software is more than a little daunting. It’s never as simple as it sounds and besides not all threats are virus or malware related. The fact of the matter is that regardless of what you do, you can be hacked. Do some reading on the Stuxnet virus. If governments can’t protect themselves do I really think I have a shot at stopping intrusion. No, I don’t. I can’t even stop a simple browser hijacker. I can’t prevent my phone from being hacked, or my pictures from supplying my whereabouts, or my driving activities from being recorded by cameras on the corner. I have no privacy now, not even in my home. Like most of us I’m just hoping that my antivirus stops the daily crap floating around and that the real bad boys don’t notice me. I hope my bank isn’t targeted by some far reaching criminal network.

I feel vulnerable, how about you? Are you doing more than hoping?

Ask Leo: Are Free Email Services Worth It?

Ask Leo: How easy is it to forge or alter email?

7 thoughts on “ISPionage and CyberBreak Ins”