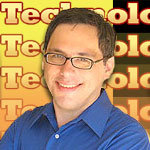 In 1985, almost all PCs sat on desktops, the Internet was a Defense Department research project, and the cell phone revolution had barely gotten underway. It was also the year that Microsoft launched a DOS front-end called Windows 1.0.

Over the past quarter century, Windows has evolved many times, and it will change again in light of Microsoft’s investments in cloud services, mobile platforms, and other new technologies. And as the way people compute and communicate morphs faster than ever, the challenges ahead for Windows are huge.

With that in mind, Technologizer asked some of the industry’s big brains about what Microsoft needs to do to keep its operating system relevant in the years to come. Their advice ranges from merely simplifying the interface to borrowing ideas from other Microsoft products such as the Xbox to giving the OS a complete reboot. Here’s what they (and we) have to say.

22 thoughts on “Technologizer: The Future of Windows”