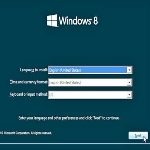 Using safe, free virtual PC software, you can set up and run the Windows 8 Consumer Preview inside your current PC without affecting your other programs or your installed version of Windows.

This method lets you test-drive Windows 8 without having to make potentially risky changes to your current setup. There’s no need for dual-booting, special partitions, and so on.

Setting up Windows 8 in a virtual PC requires numerous steps. I’ll take you through all of them, one by one, to help ensure that everything works right the first time.

First, however, let’s make sure we’re on the same page. A virtual PC (VPC), sometimes also called a virtual machine (VM), is a desktop computer that’s fully emulated in software. You can install a variety of operating systems, applications, and utilities on VPCs and use them just as if you’d installed them on a standalone system.

The operating system (or guest software) installed on a VPC thinks it’s running on a normal, physical system. But it’s not; it’s running inside a protected memory space on the host system. In a VPC, special emulation software masquerades as the BIOS, motherboard, hard drive, CD drive, display adapter, network card, and other components of a physical machine. In other words, VPCs provide all the normal hardware of a standard PC — entirely in software.

VPCs are great for experimenting; the test environment is fully isolated from your real PC’s host operating system and applications. If the test system crashes, the host PC generally won’t even notice. (After years of use, I have never experienced a software crash inside a VPC that affected the host PC in any way.)

All of which typically makes a VPC the simplest, easiest, and safest way to test-drive Windows 8 — for free!

This article breaks the setup process into three major steps: installing an Oracle VirtualBox VPC on a Windows 7 system, setting up a new VPC within VirtualBox, and tweaking and tuning the setup to run Windows 8 Consumer Preview. When you’re done, you’ll be able to start exploring the new operating system with almost zero risk to your current setup. (Any change to a Windows system includes some risk. Make sure your PC is fully backed up before taking these steps.)

Here’s the rest of the story…

How to Fight a Malware War A tip-filled conversation with Andrew Brandt, director of threat research at Solera Networks, reveals some of the ways hackers sneak malware into PCs. “Hello. This is Microsoft Tech Support. Your PC has notified us that it has an infection.” The call is a scam — an extremely prevalent one. Here’s how it works and what you need to know to stay out of the trap.