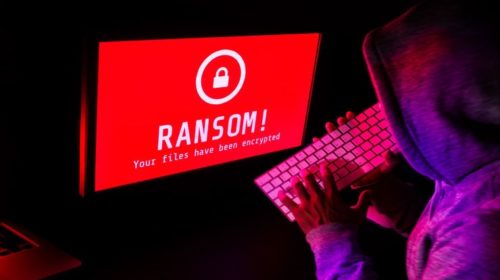 To say the ransomware crisis facing our nation is concerning is an understatement. Each week, ransomware attacks are claiming victims across the nation, leaving local businesses and county governments at a standstill as IT directors seek to restore operations and secure themselves against future attacks.

Aside from this, news develops daily about attacks that occurred earlier in the year, or even years ago, as the public learns new information about the types of attacks targeting our public institutions and local businesses. This week alone, we learned about a ransomware attack that struck Spartanburg, South Carolina, and learned more details about the Ryuk ransomware attack that crippled the City of Cartersville, Georgia in May 2019.

It’s scary enough for cybercriminals to target our local governments and businesses, but this time cybercriminals targeted the local school district – Spartanburg School District One. Not many details have been released about the attack, but officials are assuring parents and teachers that no personal information was exposed.

Leaving the school district crippled for several days and forcing the school district to rely on textbooks rather than internet services, the ransomware attack took down internet services and prohibited teachers from accessing online grading portals and lesson plans. However, outside of these inconveniences, school district officials are assuring parents and teachers that after working with the South Carolina Law Enforcement Division and the National Guard’s Cybersecurity Battalion, they are confident no personal information was exposed and there is no ongoing threat to students, faculty, or staff.

Nearly a year later, new details are emerging about the ransomware attack that struck the city of Cartersville, Georgia. In documents that were just disclosed to the public, the attack is said to have cost the city nearly $390,000 – including a $380,000 ransomware payment that was made in non-tradeable Bitcoin, and nearly $7,600 in in transaction fees.

Aside from the significant financial burden placed on taxpayers, city officials are assuring citizens that no personal information was obtained in the hack, and that systems have been upgraded to prevent against attacks like these from happening in the future.

What is PUP Malware and How Do You Remove It?

Feel like your computer just hasn’t been running as fast as usual? Or do you find your work apps inundated with strange ads? In these