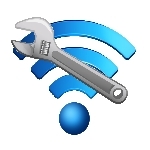 9 steps you can take to boost your Wi-Fi speed.–PC Pitstop.

by Natasha Stokes for Techlicious

The cable plan you signed up for promised up to 300Mbps of blistering Internet speed, but reality has proven to be somewhat different. You’re barely topping 25Mbps, Netflix doesn’t work upstairs and by 7p.m., no one seems to be able to stream anything at all.

It’s quite possible to boost your Wi-Fi speed yourself, although the solution could be as simple as moving your router or as persnickety as switching Wi-Fi frequencies.

“The distance between the router and connecting devices, as well as the number of walls and floors in between, make a big difference,” says Spencer Behroozi, vice president of product management at modem manufacturer Actiontec. While a Wi-Fi signal can travel hundreds of feet in an unobstructed space, walls and floors can cut that distance by half or more.

Your connection speed can also be influenced by your router—how old it is, how good its processor and antenna are, how good it is at picking up wireless signals and how many devices are using it.

In some cases, your connection speed may even come down to your service provider’s preference for certain kinds of traffic. Behroozi says service providers prioritize voice traffic first, then their own video services. For example, Comcast and AT&T prioritize the streaming of their video-on-demand services over Netflix; in fact, Comcast is under fire from its customers for blocking HBO Go streaming on the PS4 console, something it has put down to “business decisions.”

What actions can you take to increase your Wi-Fi performance and get your streaming speed back up to par?

1. Restart the router
The Old Faithful of personal technology issues is often your best bet. According to Behroozi, the IP connection between your device and the router or between the router and Internet can get hung up. “A restart of the router reboots all its systems, including the network processor and wireless radios,” he says.

If your router has a reset button, hold it down for a few seconds. If not, restart it by removing the cable from the power socket, waiting half a minute and then plugging it in again.

2. Move the router
“Most good routers have antennas that try to provide a symmetrical ‘donut‘ of Wi-Fi coverage, so when possible, place the router in an open space centrally located in your house, equidistant from its farthest locations,” Behroozi says.

The materials surrounding the router matter as well. Metal interferes with Wi-Fi signals, while wood does not. According to HowToGeek , positioning the router’s antenna vertically rather than horizontally also increases signal strength.

3. Check to see if other family members are streaming or torrenting
Intensive activities like streaming HD video or filesharing can take its toll on Internet speed. “Routers can support hundreds of devices connecting, but it’s more about what each device is doing online,” Behroozi says. “For example, if someone is using BitTorrent or if everyone is watching Netflix at the same time, this can cause an overall lag in speed.”

Distance from the router is important as well. If four people are streaming video but they’re all close to the router, you may not experience any slowdowns, Behroozi says. So if everyone simply must watch Netflix or play Halo separately and simultaneously, try to move the devices closer to the router with as little wall or floor obstructing the path as possible.

This excerpt appears with the permission of Techlicious. 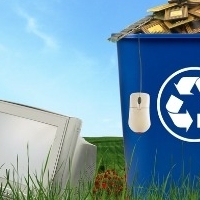 Safely Dispose of a PC

How to safely get rid of your old PC. 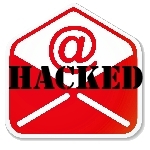 8 Steps for Coping with Email Hacks

8 steps for coping and recovering from an email hack. 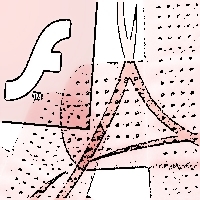 Vulnerabilities in Adobe Flash are behind the rapidly increasing number of online ads packed with malware.