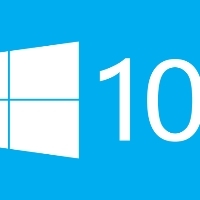 5 Reasons to Postpone Your Windows 10 Upgrade

5 solid reasons you should stick with Windows 7 or 8 and postpone your upgrade to Windows 10.–PC Pitstop.

5 Reasons to Postpone Your Windows 10 Upgrade

By Christopher Harper for MakeTechEasier

1. Legacy Programs and Features being dropped

Windows 10 seems to be Microsoft’s attempt to streamline Windows and unify its desktop users onto one operating system. Perhaps as part of this goal, a great number of applications and features that have been part of Windows for many years have been either greatly changed or outright removed.

In terms of features, integrated DVD playback (from Windows Media Center) and desktop gadgets (from 7) are being removed. DVD playback on Windows 10 can be restored in the form of “Windows DVD Player” on the App Store, but if you didn’t previously have it on Windows 7 or 8, you’ll need to pay $15 for it. Plus, the free download for upgraders using Windows Media Center is time-limited, though Microsoft hasn’t yet said when they’ll start charging everyone for Windows DVD Player. Fortunately, alternative players like VLC still exist on the market, which are just fine for playing DVDs on Windows 10.

Desktop gadgets integrated into the OS, however, are completely dead. For similar functionality, consider looking into Rainmeter or other solutions.

Windows Media Center, mentioned earlier, has been completely removed. With it, you lose many of the features it offered. Windows Media Center wasn’t particularly popular, but it could be used to browse PC’s media and integrate them with TV tuners and DVRs, which made it great for home theater and entertainment center setups.

2. Being charged for dropped Features

Have you ever wanted to play Solitaire and Minesweeper on Windows, except you have to reach out, download it yourself, and play what was previously a completely free game full of video advertisements?

Because if that’s what you look for in Minesweeper, then Microsoft definitely has you covered here. If you’d like to remove these obnoxious advertisements, you’ll have to pay a subscription fee of $10 a year to enjoy what was previously integrated into your operating system at no extra cost, with no advertisements, as it was originally intended.

You may be thinking, so they want to make more money off Windows and they dropped some features. Big deal. What else did they do?

Which version of Windows 10 is right for you? 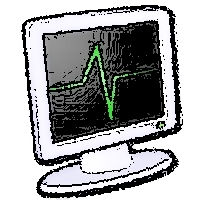 4 things Microsoft must fix about Windows 10.