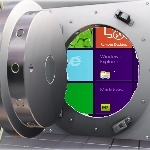 Your Computer Is Exploitable

You have an current antivirus installed and you run Windows Updates. That’s great. You’re safe to roam the Internet. You can bank online, research online and game online without having to worry about getting a virus. You don’t click on links in emails and you have WPA-2 installed on your home router. You’re a proactive, responsible computer user. Your PC is as impenetrable as Fort Knox.

But when was the last time you updated Adobe Reader, Adobe Shockwave, Adobe Flash Player or Java?

People are learning how important it is to run an antivirus and to turn on automatic updates in Windows. But the word just simply hasn’t gotten out to update third-party applications, as well. Java only just recently released Java SE 7 Update 11, an update that patched a serious security flaw that exposed nearly a billion computers to hackers.

These types of exploits are usually referred to as Zero-Day Exploits, meaning hackers are taking advantage of a security problem before developers have a chance to address the issue and release a patch. Unless your IT department warns you, or you happen to catch the story on the news or read it in the paper, would you ever even think to update Java or Reader? Probably not.

PCTechBytes: 30 Days To A Healthy Computer

Dave’s Computer Tips: You should junk your Java!