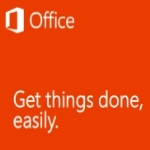 What is Office 365?
Previously, Office 365 was an offering for businesses that supported online tools like

The upcoming Office 2013, comes with an emphasis on cloud (online) storage. So the difference between online and desktop programs is blurred.

What’s the difference between Office 365 and Office 2013?

Office 2013 is upcoming version of the collection desktop programs you’re familiar with. It is also called Office 365 Home Premium. It has some cloud-based extras, which you can read about here. (It’s going to include some free Skype time!)

You could say that Office 365 Home Premium is Office 2013 plus the free online resources, such as Skydrive and Office Web Apps, which I explain below.

But I think that Office 365 Home Premium will be subscription based. I’m still trying to get confirmation of this.

At any rate, the preview is free! So I encourage you to try it out here. Note that this is a preview (also called a beta) and it is always advisable to back-up your existing data prior to downloading.

Other versions of Office 365 include Office 2013 programs as well as online storage, sharing, and syncing via Microsoft cloud services. Besides the Home Premium version, Office 365 is available in business (Small Business Premium, ProPlus, and Enterprise), education, and government editions.

When you buy Office 2013 as part of an Office 365 subscription, the Office 2013 programs and online services are always available in the latest version. In fact, Office 365 can even include the Mac version of Office.

As I said, my understanding is that you pay for Office 365 on a monthly subscription basis. I haven’t seen any rates yet, but I have a subscription of the previous version that I pay $6/month for. It gives me an online version of Outlook which I find handy when I travel. I suppose that the upcoming versions will cost a good deal more, since they will include Office 2013.

This post is excerpted with the permission of PowerPoint Tips.