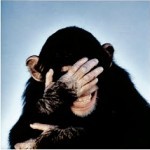 By Suzanne Kantra for Techlicious

I have some Facebook friends I’d rather not offend—editors, co-workers and well, friends. You probably do, too.

To keep away from alienating these important people, I stay away from posting about controversial subjects. You won’t find me bashing the president or ranting about Mitt Romney because I know full well that some of my contacts are supporters and I don’t feel the need to “get into it” with anyone about politics or anything, really.

So you can imagine my displeasure at learning that Facebook is automatically publishing posts under people’s names and placing them at the top of the News feed for friends to see. Sometimes these posts involve controversial political content that I wouldn’t ever post on my own. According to ZDNet, in the last two weeks Facebook has been sending out these automatic posts according to things users have liked. For instance, people who “liked” Planned Parenthood at some time in their Facebook history might have sent out a message from the organization asking people to sign a petition about the Health Care Reform Act. Or those who ever liked the conservative group ForAmerica might have sent out messages asking people to “like” the message “ObamaCare must go!”

This excerpt appears with permission from Techlicious.