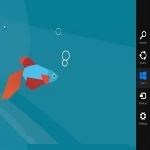 How to master the Windows 8 navigation learning curve

As Microsoft continues to develop Windows 8 there is a definite learning curve associated with many of the changes being made in the next version of Microsoft’s flagship OS. This version of Windows blurs the line between a touch environment and one which uses the mouse and keyboard. This OS will surely be considered an OS that bridges those two means of interaction but that means switching between touch and mouse/keyboard navigation styles will take some time.

One of the biggest areas on the Windows 8 desktop that has caused a stir is the removal of the Start Menu we first saw in Windows 95 nearly 17 years ago. Most of the functions the Start Menu provided are still there in the Windows 8 Consumer Preview and we all are in the process of learning how to find them now.

How To Article & Video Continued Here

This post is excerpted with permission from Windows Observer.

The Windows Club: Using your PC without a mouse or keyboard

Windows Observer: How to Open All Internet Explorer Links in Windows 8

5 thoughts on “Windows Observer: How to Navigate Windows 8 with Mouse & Keyboard”