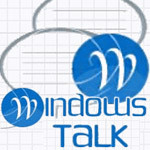 By Mitz for Windows Talk

Many computer users would have had pondered time and again over the question of whether they format their computer or not. I have probably formatted thousands of computers and even used to juggle formatting 5 at a time. But formatting was not always necessary.

Basically, formatting a computer is actually formatting a hard drive because each and every file that is seen on the computer is actually present in that drive.
Newly purchased computer systems from retailers contain preformatted hard drives. Any information that is added by the retailer or the user fills up the hard drive. Simply explained, formatting is the procedure of preparing the hard drive to be used and removing all the content that was already in it. Formatting of the drive prepares the storage medium for writing information and this mainly involves establishing a blank file system for new data that would be written later.

Formatting a computer/hard drive can be easily done by a user knowing simple DOS commands or anyone having an operating system disc. However, it involves deleting all the data that is present in the computer and leaving it blank which means that all the software and applications that were previously installed would be removed and the storage system built again.

Therefore, it is important to have a good reason before thinking about this option so here are our my top five reasons that should lead to formatting.

#1. Your computer will not start

In case the system doesn’t start due to registry errors, instead of trying to repair, it is sometimes easier to format. Of I I always think you should try the repair disc option first but deeper technical repair is rarely worth it. The Windows registry is a very important component of a computer as it contains all the configuration options and settings of the Operating system. The registry also includes settings for lower level components and also the applications that are working on that platform.

Your computer might not start due to virus attacks or some other changes in configuration, chances are that the system won’t start up or boot because the operating system cannot be loaded. In these circumstances, the computer restarts while opening the Windows screen or even refuses to go further than the DOS screen. Formatting the hard drive or the computer is the only way to get it working.

Formatting the system removes all the files and errors and restores the computer to a blank state. It is almost always followed by installation of the operating system which means that the user would be able to use a fresh system.

Maybe your computer has a black screen and will not start. Sometimes your only option is to format.

I know I sound like a broken record when I say that formatting removes all files, however I have seen many people go ahead and format, and then whinge about missing files.

This excerpt is shared with permission from Windows Talk.

Windows Talk: 10 Tips for Organizing Your Files on Your Computer

2 thoughts on “Windows Talk: 5 Reasons Why You Should Format Your Computer”