As Microsoft’s Office has grown in size and complexity, more than a few users have wondered whether there’s a viable alternative — especially when it comes time to pay for an upgrade or new copy.

There are very few alternatives. Two — Open Office and LibreOffice — provide the core functionality of classic versions of Microsoft Office and are completely free!

Open Office and LibreOffice are nearly identical productivity suites that, unlike Office 2013, live and work entirely on your PC’s hard drive — there’s no prodding you toward cloud storage or app rental. Both suites use traditional toolbars (no Ribbon interface) and come with six business apps: word processor, spreadsheet, presentation creator, drawing/desktop-publishing tool, database manager, and mathematics tool. Did I mention they’re free?

Office’s long, long road to Version 2013
To understand the context for Microsoft Office alternatives, it helps to look at Office itself. The newly released Office 2013 — and Office 365, its by-subscription counterpart — is actually the 15th major iteration of Microsoft’s flagship productivity suite. As you might imagine, the current version bears almost no resemblance to the original.

That first Office version debuted in 1989 and included just three tools: Word, Excel, and PowerPoint. Over the next decade, Microsoft pumped out a new version of Office roughly every year— and each revision piled on new functions and features. Office was in nearly constant flux.

Many of these new additions were keepers. For example, an email client and a database manager have remained part of every Office version (though not in every edition of every version) since they first appeared. But there were also misfires, some of them spectacular. Who remembers Vizact and the Microsoft Binder — or the hugely disliked and maligned Clippy, the animated paper-clip Office Assistant?

In part, market trends — new technologies and new ways of working — drove the flood of good and bad Office features and functions. But the constant changes also made Office a cash cow, as the new features gave users a compelling reason to abandon their still-working older versions of the suite and buy the next new thing.

2003 — a watershed moment in Office’s evolution
Office 2003 (the 12th major iteration) offered literally tens of thousands of functions across its core components. It had just about everything most users could possibly want in an office suite. Figure 1 shows Word’s now-classic interface. 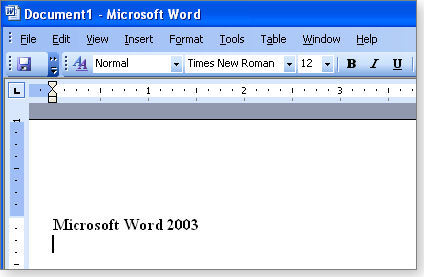 Figure 1. Office 2003 (Word shown) became an instant classic — a complete suite whose familiar toolbar interface gave easy access to its many features.
Office 2003′s success was a boon for Microsoft — but also a problem. If the suite exceeded most users’ expectations, how was Microsoft going to get them to buy the next version?

Continuing to pile on ever more features invoked the law of diminishing returns. Studies indicated that most users used only about 10 percent of Office 2003′s features. Microsoft’s own studies (MSDN blog) showed that just five functions — Paste, Save, Copy, Undo, and Bold — accounted for “around 32 percent of the total command use in Word 2003.”

Practically speaking, most users would never find (much less use) new features in the next Office version.

The answer, it seems, was to give Office a new UI. Office 2007 introduced the “Office Fluent user interface” (MS FAQ), aka the Ribbon. These tab-organized and changeable command sets — infamous to some — replaced the familiar toolbar (see Figure 2) of previous Office versions. 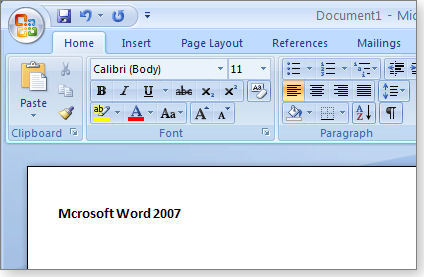 Figure 2. Word 2007’s new Ribbon toolbar with context-sensitive tabs
Fully committing itself to the Ribbon UI, Microsoft enhanced it in Office 2010 and extended it to a few Windows 8 apps, such as File Explorer and Paint.

The Ribbon wasn’t the only change in Office, of course. Office 2013, for example, shifts the default file Save location from the user’s hard drive to Microsoft’s SkyDrive cloud-storage service. Office 2013 also introduces a yearly-subscription variant — Office 365. (Originally focused at small-business users, Office 365 is now heavily targeted at home-PC users.)