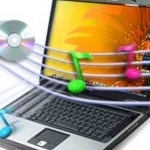 Streaming Music in the Cloud

Apple has been making a lot of noise recently regarding their proposed implementation of a cloud-based music service. The move makes sense, as Google and Amazon have been offering music-streaming services via cloud since 2011 when the technology first started to take off. So now that Apple’s monolithic music provider iTunes is moving in a cloud-based direction, it’s important to look at this method of accessing music in order to gauge its current and future viability.

Understanding the basics of music in the cloud

Cloud music, at its core is music streaming. Whole libraries of music can be uploaded to a cloud server and this music can then be streamed by anyone with access to said server. The idea of cloud was born of the current trend regarding music consumers and MP3s. While iTunes maintains its global popularity in the world of paid music downloads, people simply aren’t willing to spend thousands of dollars to fill their iPods with content.

Thus the idea of access rather than ownership is becoming ever more attractive.

This excerpt is shared with permission from burnworld.net.

BurnWorld.com: Create Your Own Streaming Server with VLC

BurnWorld.com: The Limitations of Transferring Music & Video from iTunes