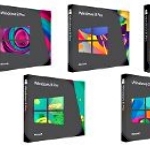 Which Windows 8 License Do You Need?

Even after Microsoft’s simplified the licensing system for Windows 8, people are still asking themselves what’s right for them. People accustomed to the licensing conventions in previous Windows versions might ask themselves, “Where’d the retail/OEM dichotomy go?” People just starting to buy Windows 8 might wonder why some licenses are cheaper than others. What’s particularly problematic is that Microsoft doesn’t really want to tell you what to buy in a simple way that the layman can understand. So, let’s get to it!

Why Is Licensing Important?

The price of a copy of Windows 8 doesn’t always depend on the quality of the operating system. Pricing also depends on the license itself. Only one license will fit all of your needs, so you must pay attention to which licensing you want to take part in.

It’s in the name: If you want to upgrade from a previous version of Windows, this is the license to get. You must have at least Windows XP to upgrade. This version is also marketed to people building their own computers and is transferable, meaning that you can move the OS installation from one computer (or motherboard) to another. You cannot use this license if you want to do a clean install. You must have another version of Windows previously installed to upgrade your computer to Windows 8 using this license. Do not get this if you’re upgrading from a Windows installation that isn’t genuine, either.

It’s kind of troublesome to install this OS, since you’ll have to install another version of Windows first every time you want to start a clean slate.

4 Things You Need to Know About Windows 8 Upgrades

Facts and Rumors About Windows 8