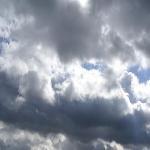 How Private is Cloud Storage?

There is a story, Skydrive misery: private files monitored, Xbox and mail access revoked, over at MyCE.com that is getting a bit of traffic on Twitter and Reddit in the last couple of days.

The basic premise of the story is that a user was apparently banned from all of their Microsoft related accounts due to files they were storing in the Microsoft SkyDrive Cloud storage service. According to the story the files were not being shared and were located in a private folder. As a result of this folder of files, around 9GB worth, the user was unable to access any of their Microsoft related services including Hotmail, Xbox or Windows Phone Marketplace.

As the story continues it reveals the user was told by Microsoft Support that he was banned because of files being stored in SkyDrive that violated the EULA of the service. Details about what the folder contained were missing from the story so there is no way to know what was specifically wrong. I tend to believe though that if the files were not in violation of the EULA those details would have been provided to support the discussion of being banned for no reason.

Windows Talk: What You Need to Know About Cloud Storage

Enterprise CIO Forum: Should Cloud Storage Scare Your IT Guy