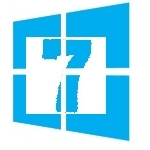 7 Features of Windows 8 That Will Make You Consider Upgrading

Several people are getting upset at some of the changes that Microsoft made in Windows 8, especially those involving the user interface. However, while you poke around the UI, you must not forget that Windows isn’t just a UI. There are several back-end services and features that make the operating system work, some of them mentioned in the review that we posted earlier. Out of all the things in the Windows system, the back-end usually is taken for granted and/or unnoticed. This is about to change, since we’re about to reveal to you what paramount features you should expect in Windows 8 that will make you consider upgrading if you’ve decided not to.

A lot of people have been frustrated at the fact that, despite all the advances in technology that Windows Vista/7 introduced, neither of them included the ability to pause a file transfer or view more details about it, such as the speed. Windows 8 now includes this, giving you both the speed and the ability to pause. When you rename a file and Windows cannot complete the operation, you also get details regarding the error.

Windows error handling has improved, providing a queue of errors instead of stopping the entire transfer. Kudos to Microsoft for that! This is a very sought-after feature and we’re not sure why it hasn’t been included in previous versions, but here it is in Windows 8.

That’s right! Windows now comes with the ability to mount ISO files using its native “mount” function in Windows Explorer. When you mount a file, you’ll see a new CD/DVD drive with the contents of the ISO inside it, just like you would with third-party applications. You will no longer have to consume resources in an application like Virtual CloneDrive or Power ISO.

1 thought on “Maketecheasier.com: 7 Things to Love About Windows 8”