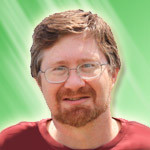 Is It Time to Drop Your Landline?

In tough economic times, folks are looking to cut expenses any way they can. Many are even eyeballing that telephone handset on the counter, wondering if they really need a traditional wired landline anymore. Quite a few have decided that they don’t, opting to replace it with VoIP telephone service, which uses an Internet connection to make and receive phone calls. Is VoIP the right choice for you?

The landline market in the U.S. has been shrinking steadily for more than five years. The number of landlines installed decreased by about 7% in 2010, for example. Two new technologies are replacing landlines: cellular phones and VoIP (Voice over IP).

The residential VoIP market is very young. Vonage, one of the oldest players, was founded in 2001. Vonage had about 2.4 million subscribers worldwide as of March, 2010, according to the company’s quarterly report. Most analysts agree that residential VoIP started taking off in 2004, when cable companies such as Comcast and Time Warner began to offer bundled IP-based services including VoIP, TV, and Internet access. In 2010, over 90 per cent of residential VoIP “lines” were provided by cable companies.