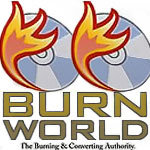 The iPad is a great tablet, but it’s not the only tablet. While there was a time where it was the only high-performance tablet on the market, that time has passed. There are now a number of high-powered tablets running Android. We even did a comparison between the iPad and the Kindle Fire last week. These tablets include premium specs such as 10-inch screens, dual-core processors and overall solid hardware. If the iPad just isn’t for you, a number of these tablets could fit your needs. Here, we take a look at the top 5 iPad competitors to keep an eye on this holiday season.

For an amazing tablet experience, look no further than the Samsung Galaxy Tab. The Galaxy Tab brings all of the aspects that made the Galaxy S II one of the hottest phones of 2011 to the tablet form. It has a dazzling 10.1-inch screen, a 1 GHz dual-core Tegra 2 processor and more. The Galaxy Tab is available in 8-inch and 10-inch form factors, with 16, 32 or 64 GB of storage.

With this reworked Galaxy Tab rocking a slightly larger touchscreen over the iPad 2, higher resolution, a 1GHz dual core processor and lighter 595g weight compared with the 601g of the iPad 2 Wi-Fi.

The Kindle Fire runs Android, but Amazon has skinned it so heavily that it resembles no other Android tablet on the planet. The device has a 7-inch screen and 8 gigabytes of storage. The tablet will rely heavily on cloud storage, making the relatively low amount of storage less of a concern. At $199, the Kindle Fire’s price undercuts most tablets on the market and should be a hot item this holiday season. Apple has already lost the battle in the smart phone market, and signs are appearing that their stranglehold on tablets might be slipping. Current estimates give Android 27% of worldwide tablet sales in Q3, to the iPad’s 67%.

This excerpt is shared with permission from burnworld.com.