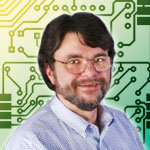 I purchased a Dell Studio off the floor at a big box store recently. It runs on Windows 7 and has an i7 processor. I didn’t have the store take off its loaded software. When I boot up, the computer defaults to the account that the store needed when customers were test driving it. I’ve attempted to delete that account. As I’m the only one using this computer, I don’t need other accounts. How do I reconfigure the boot-up sequence so that the computer goes to my account rather than default to the guest account? And, how do I delete the store-loaded items?

I’ll give you what help I can, but I want to be clear about something:

“I didn’t have the store take off its loaded software.”

That’s bad, for a number of reasons.

Most importantly, you have no idea what’s on your new machine.

There’s nothing really wrong with purchasing the demonstration model of a
computer from a retail store, if you don’t mind that the hardware’s a little
used. Perhaps it has a few dings and dents from the hundreds of people that may
have come along and played with the machine while it was on display, but as
long as the computer’s working okay and has some kind of warranty that you can
live with, it might be a way to save a few dollars. 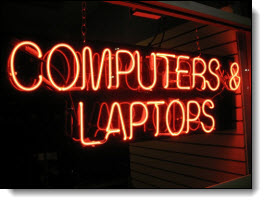 The software’s another matter.

You need to consider the machine “used” because it has been; by hundreds
of strangers. And you have no idea what those hundreds of strangers did to the
machine. It’s not unrealistic to think that some might have deposited some
malware on the machine or visited malicious web sites that did so.

You could be purchasing a nest of malware along with a host of other
problems.

In all honesty, the store should offer a reinstall. Heck, a good store should
insist on this.

Before you take delivery of the machine, the store should wipe the hard drive
and install Windows from scratch, exactly as if you had just opened the
original package from the factory. For a store that has its act together, this
isn’t really a lot of effort.

It may delay your ability to just walk out of the store with your new
machine immediately, but trust me: the delay is well worth it.

If they don’t do it, you should.

That, of course, means that they should provide you with all the discs that you
need to reformat and reinstall Windows and all the applications. It’s a little
time consuming to do it yourself (perhaps you can negotiate a lower price), but
as I said, if they don’t do it, you should.

You’re just not safe if you don’t.

I’m going to be blunt and call this the wrong solution because I believe so
strongly that a clean install is the only safe approach to this situation.

Unfortunately, I know that many will not want to follow my advice and try to
soldier on anyway.

This post is excerpted with Leo’s permission from his blog.

1 thought on “Ask Leo: How do I get rid of the accounts created by the store from which I purchased my new machine?”