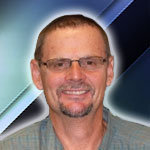 The Droid is the fourth Android-based smartphone from I’ve had the chance to test out during the past 10 months and I must say, there’s a certain sameness to all of Verizon’s Droids. So it’s the details that distinguish them from one another. It’s sort of like if Apple has four different size iPhones.

Motorola’s Droid 2 is the next rev of of the original and first Droid that entered the world Nov. 6. It has a faster processor, a TI OMAP 1 Ghz processor versus a 550 MHz Arm Cortex A8 processor 550 in the original Droid. Frankly, I never found speed an issue in either Droid.

Verizon’s Aug. 10 press release introducing Droid 2 has but a mere paragraph and a half where it details the differences between Droid and Droid 2. Here’s the verbatim:

“With the new DROID 2, we’ve taken a big leap forward from the original DROID,” said Bill Ogle, chief marketing officer of Motorola Mobile Devices and Home Business. “We listened to consumers and are providing an even more robust experience built on Android 2.2 that includes a new keyboard, increased processing power, Adobe Flash Player 10.1 (that’s cool for viewing web sites the way they were meant to be seen – TDR) and 3G Mobile HotSpot capabilities to send, access and share information even quicker than before.”