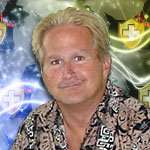 Do you remember programs from Gator, MyWaySearch, Net.Net or 180Solutions? Are there still programs running on your computer that you really don’t want?

You’re not alone! Most annoying programs now come from legitimate companies who know they’re not really adding value but do it to make share holders happy. There’s always been competition by companies to get their programs installed on the greatest number of computers.  When you notice your computer keeps getting slower you can blame it on these programs.  At least when AOL shipped out millions of CD’s you had the choice of installing it or not

I created my WinPatrol program to alert me if new programs are being added to the Windows startup procedure. Originally this popular feature was designed to prevent spyware from infecting your system. Now, the biggest problem doesn’t come from spyware or viruses, it comes from well known companies like Apple, Adobe, Google and even Microsoft. These programs have limited value but provide increased visibility and profit for software companies. Totally unrelated companies are encouraged(paid) to install these programs and receive a cash bounty if they can get you to install them. Sometimes it’s done without your knowledge, sometimes it because you don’t carefully read the purpose of every check box during setup.

In the past it was common for WinPatrol fans to report programs which were malicious, designed to steal data, monitor key strokes or create pop up ads. Sadly, the most common complaints I see now are for programs from legitimate companies.

Google continues to top the list of companies wanting to make sure you have their toolbar and updates of anything else they feel you need, like it or not. A large number of companies are paid to install the Google Toolbar via programs like Adobe Flash,  Cyberlink PowerDVD, IrfanView, PC Tools Spyware Doctor, Threatfire, RealPlayer, ZoneAlarm and more. The fact WinPatrol users are requesting Info on GoogleUpdater implies they have no clue how it was installed on their system.

Google Updater isn’t the only program that our users don’t understand why they have it. Continued below is a current, “Where the hell did I get this from, and how can I get rid of it” list.  I’ve made the top ten hot links so you can click and see an example of some of the extra value provided by WinPatrol PLUS.

9 thoughts on “Bits from Bill Pytlovany: Legal Software More Annoying than Most Viruses”