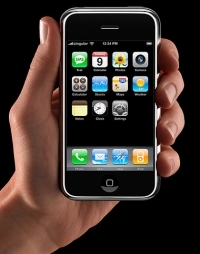 There has been a lot of buzz lately about the iPhone replacing the PC. Here’s one from my buddy, Harry McCracken. The owner of the Dallas Mavericks, Mark Cuban, wrote a piece as well. There is certainly a lot of buzz and hype about the iPhone, but as a practical matter, the iPhone is nowhere near able to significantly encroach onto the venerable PC’s territory. As I write this, I am thinking of all my friends that have iPhones, and the look of pride on their face. I am not trying to rain on that parade, I just honestly do not think of the iPhone in the same category as the PC. Here’s why.

I’ll use a simple example. Can one print to a printer from an iPhone? The answer is a very qualified yes. Last December, HP announced a new iPhone application that allows you to print a photo from an HP printer on your network. Even an old PC guy like me thinks that is a very cool application, but now we have to take this in context. This is one printer maker (HP) can print in just one application (photos). The reality is that the PC has been printing for over 30 years, so let’s just say the PC has a little head start in this area.

But that’s just the beginning. The PC has a myriad of devices that make our PC more functional or easier to use. Things such as scanners, thumb print readers, business card readers, and the list goes on forever. Don’t get me wrong, ultimately, the iPhone will support all of these devices, but for now, they are way behind the curve, and therefore does not pose an immediate threat to the PC.

The business world is a Windows centric world. The reason has nothing to do with the merits of Microsoft versus Apple versus Linux, but the fact is that the vast majority of business applications are written in Windows. In order for the iPhone to effectively compete with Windows, all of these applications one by one would have to migrated from Windows to the iPhone. That’s just not going to happen.

There is one trend that greatly helps the iPhone, and that is cloud computing. Corporate America is in the process of moving many of its applications into the cloud, or better put, centered around the internet, as opposed to the PC. This transition will take many many years, but after it is done, it will put the iPhone on similar footing as the PC.

Think back 10 years on what a web page looked like in 1999. Now think about a web page today. In 1999, it was mostly text based, and many developers avoided using images due to concerns related to page load times and browser memory restrictions. That’s right, when we introduced PC Pitstop 10 years ago, we tried to avoid using images on web pages. Today, images and video are almost mandatory for a successful web site.

Let’s use a simple example, YouTube videos. Have you ever noticed when you watch a YouTube video, you have the ability to stop the video and go back and rewatch segments of the video? The reason why this is possible is because YouTube is buffering the entire video into memory as you watch it. The longer the video, the more memory YouTube needs. The point is that YouTube assumes it has massive memory available, like gigabytes of memory. Or more to the point, YouTube is assuming that the client is a PC and not an iPhone.

I’m not saying that iPhone cannot stream videos, it can. My point is that the web is built around an assumption of a PC architecture with large amounts of processing power and memory. Furthermore, as time goes on, these new applications will place more demands on the host computer, not less. We are hearing that Adobe will ultimately make PhotoShop available on the web. Perhaps Microsoft will make Office available too. Can you imagine writing a ton of Excel macros for an iPhone? Why is it that we write Excel macros? Most of the time it is to save a little time.

The final take away is that the web is built around the PC. As new applications come to market, such as new online applications or new games, they will all assume a PC is the client.

A good analogy is the introduction of the first IBM PC in 1981. At the time, some pundits thought that the IBM PC was a threat to the huge and massively expensive IBM mainframes. Certainly in retrospect, it is true. The PC has revolutionalized how the world computes. However, the reality is that the impact of the PC on the mainframe world took decades to develop.

I believe the same for the iPhone, but it will take a long time to unfold. Please don’t misinterpret this piece as bashing the iPhone. In fact, I am a fan. I just don’t see it having a big impact on the PC universe in the short term. Long live the PC.